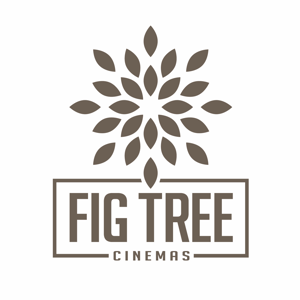 David Lyons is no stranger to fighting obstacles in his way. From a small framed youngster he battled his way to a 230 pound bodybuilder in his twenties. His battle in the gym to be the best he could be had him bending the weight bars and putting on as much muscle as he could. And he studied to be the best fitness educator possible at a time when personal trainers did not exist. But when the obstacle to his lifestyle of fitness became his own Nervous System, David had to reinvent himself and take on yet another seemingly impossible challenge… Multiple Sclerosis (MS).

MS is a degenerative nerve disease that affects millions of people worldwide, including David. He has been fighting this battle since 2006 at the age of 47 and coupled with the fact that David is in now past 60, it wouldn’t be hard to assume he would give up…think again! Instead of throwing in the towel, after more than 13 years of this battle, you can follow along and see his journey, first hand, from the diagnosis to his present triumphs.

Watch this New Yorker rise to fight not only his own battle with MS, but encourage thousands to follow him with the MS Fitness Challenge Gym program and his now worldwide MSFC Charity. David has not only impacted the MS community but has found attention from celebrities such as Arnold Schwarzenegger who presented him with the Health Advocate Lifetime Achievement Award in 2015; fitness icon Tony Little who endorsed his fitness book; and the Incredible Hulk Lou Ferrigno and his daughter Shanna who now support his cause.

His story will take you from the Medical reaches to the sweat-filled benches of the Gym, and will show you why he deserved his latest victory…induction into the National Fitness Hall of Fame.

Get Health & Fitness Support for Your MS

Ready to take the first step in overcoming your physical condition?

Overcome your physical condition through the OptimalBody workout programs

Delivery of the OPTIMALBODY TRAINING PROGRAM FOR MS and all the exercise and fitness instruction in this program and on this website is the intellectual property belonging to David Lyons and OPTIMALBODY LLC. Usage of this information is subject to copyright and trademark and may not be reproduced without the consent of OPTIMALBODY LLC. Disclaimer The OPTIMALBODY TRAINING PROGRAM FOR MS is primarily an educational resource and is not intended to take the place of the advice and recommendations of a physician or physical therapist. If you suspect you/ the client have a health problem or more severe complications as a result of your MS progression, please seek the services of a physician or healthcare professional. As new research and clinical experience broaden our knowledge in fitness which includes exercise and nutrition, changes in fitness and exercise and nutritional programs will change as well. We have checked with resources we believe to be reliable in our effort to provide information that is complete and generally in accord with the medically based fitness standards accepted at the time of this website's creation. However, in view of the possibility of human error or changes in exercise science, neither OPTIMALBODY LLC. (the author) nor any other party who has been involved in the preparation or publication of this work warrants that the information contained herein is in every respect accurate or complete, and they are not responsible for any errors or omissions or for the results obtained from the use of such information. Members are encouraged to confirm the information contained herein with other sources.

Get Health & Fitness Support for Your MS